Over the past few years, community solar programs (or shared renewable programs) have been established throughout the country, enabling more energy users to benefit from solar and providing another avenue for accelerating the transition away from fossil fuels. Borrego Solar has developed or installed over 100 MW of community solar projects across many of our core markets, with hundreds more in our pipeline. However, not all programs are created equally. To get a sense of the current shared renewables landscape I picked the brain of Ilan Gutherz, who leads Borrego’s national policy and business development team. 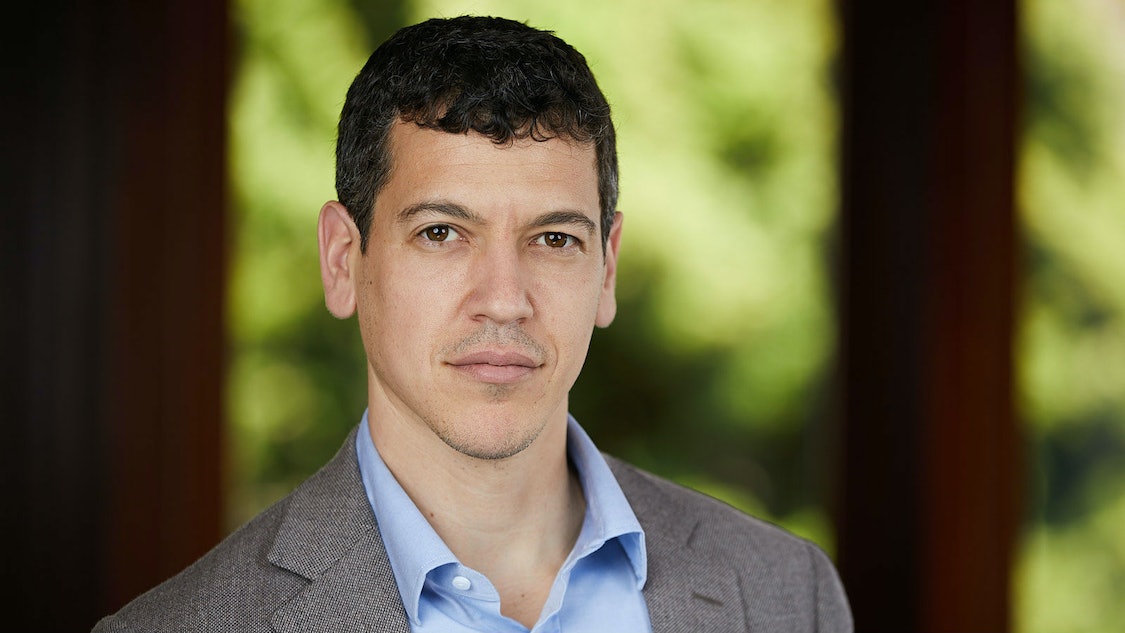 Sarah: Is there one definition of community solar?

Ilan: The short answer is no. The term community solar is used to describe a lot of related structures. It includes shared distributed generation, community solar gardens and shared renewables. I prefer the term “shared renewables” to describe a real range of state options that are designed for those people – including businesses and public organizations – that can’t install solar on their own sites to be able to invest in and access the benefits of solar.

S: Can non-residential customers (such as businesses and institutions) participate in community solar?

I: Absolutely. There is definitely a place for non-residential energy users in the shared renewables landscape. Commercial customers are often renters or can’t build solar on-site because of site restrictions to meet their energy needs. Universities or hospitals often can’t meet all of their renewable energy needs on-site, and need more flexible options to meet their sustainability goals and save money. Most shared renewables programs allow commercial, institutional, municipal, and other non-residential customers to participate.

S: How many states have community solar programs?

I: It depends a bit on your definition of community solar. Vote Solar counts 16 states and the District of Columbia as having community solar programs in place and there are perhaps a dozen more with programs being proposed. One thing that’s important to note: utilities have slowly started to get into the game—but many of the utility programs are not true shared renewables programs. Rather, these programs are often just green-washing for utilities doing the same old thing and dressing up fossil fueled electricity with cheap renewable energy credits that they then claim are “community solar.” Customers who want to take advantage of shared renewables or community solar need to be careful about utility program claims to ensure they’re really promoting and participating in new, local renewable energy projects.

S: What makes a community solar program stand out as attractive?

I: First off, the size of the program makes a big difference. Programs smaller than 50 megawatts per year are too small to really lead to a robust market. When programs are too small, they don’t attract developers, installers and investors because the market will quickly get saturated and the difficulty of entering and developing new projects in new markets is often not worth the risk of missing the market. When the program is larger—200 or 300 MW per year—a truly robust market can start to develop with competition that drives down costs and results in better value for customers, not to mention all of the jobs and economic benefits that come with community solar.

Secondly, a program must have flexibility. Programs that overly constrain the type of projects (e.g., requiring them to have a certain percentage of residential or low-income customers) can lock the market into a narrow business model in which only a few companies can compete and can alienate customers from participating. Minimizing restrictions on project specifics and eligible customers is key to ensuring robust competition and driving down the cost of these programs.

An attractive program should also have strong interconnection policies. Installers have to negotiate with the utility to allow them to connect to the grid and build the actual interconnection—a process that is often difficult because the utility has little incentive to stick to timelines or work creatively with developers to solve problems. At Borrego, we look for states where there are clear interconnection rules and where the regulator is engaged and the utility, which has a monopoly on the interconnection process, is relatively easy to work with in terms of timing and requirements.

And lastly, from an economic standpoint, what drives shared renewable programs are the savings we can provide for subscribers. Thus, having a credit that’s high enough to deliver a reasonable margin of savings to subscribers is essential for a successful program. Otherwise, the program is seen as a green premium program that costs more and won’t be effective in driving the transition away from fossil fuels. There are a number of programs—including California’s “community solar” programs that suffer from this problem.

S: What state has the best program?

I: There are several states with solid shared renewable programs currently in place.

Massachusetts’ SMART program has the best designed program in terms of flexibility for large customers; offers a high enough credit value to provide customer savings; and is a large enough program to attract a really diverse marketplace of community solar offerings. In Massachusetts, large customers can either sign up for a flavor of shared renewables program that also includes smaller customers or elect to do a shared solar facility that just meets their load. The Massachusetts Department of Energy Resources has provided real leadership in developing this phase of the program, but we are seeing market-killing concerns over interconnection issues right now. If the legislature and regulators don’t address these interconnection issues, they could slow or kill this program.

New York’s program also has a solid foundation. I like that it is an uncapped program in theory. However, the recent transition to the Value of Solar (VDER) tariff means that the future of the community solar market is in serious question. In working with other stakeholders and the Public Service Commission (PSC) to improve the Value of Solar tariff, we remain optimistic that we will see these issues fixed soon. We’ve generally found that the PSC and the other regulatory body, NYSERDA, have been supportive of community solar and solar in general, and have been really helpful in solving interconnection, zoning and taxation issues.

Illinois is currently developing a strong community solar program, but we still have some questions about specific policies—for example, whether capacity in the program will be divided up by random lottery. We think this would be a mistake and would penalize responsible developers and add unnecessary cost to the program. That said, the IL Power Agency, which runs the program, has generally been learning from and referencing some of the earlier mistakes other states have made and as a result is working to set up a robust design. Interconnection concerns in Illinois are also becoming apparent, so that’s an area that’s important to keep an eye on.

Minnesota’s program is also attractive in certain ways, such as that it is uncapped in Xcel territory, but we have concerns over the value of the credit and overly restrictive geographic restrictions.

There are a handful of other programs out there, but the remainder are really too small or unfavorable for Borrego to pursue at the moment.

S: What features might discourage solar developers from participating in community solar programs?

I: Size is the critical one. There are many examples of programs that pose challenges because of size. For instance, Connecticut, at 25 MW, is far too small to attract serious developers. Rhode Island poses the same challenge with only a few MW available a year. In this same vain, markets that break up the program into segments that are too small suffer from the same problem. For example, Maryland is broken up into four utilities and then broken up into sectors, so it ends up being a few MW available for each segment that developers can go after. It’s important to understand that shared renewables projects take 2-4 years to develop, and having a target that is too small introduces a lot of risk for developers – making the market unattractive and thus limiting growth.

Programs that are too restrictive in terms of what counts as community solar, such as the required number of offtakers/subscribers are also a concern. These types of restrictions push a market to a single business model and don’t effectively drive down costs.

As I mentioned before, having a high enough credit value so that customers see real energy savings is key. Without a valuable credit, the program won’t attract subscribers. California’s so-called community solar program is essentially a green premium program that isn’t going to successfully bring solar to the intended scope of people. The credit value in Minnesota, too, is too low right now to allow shared renewables developers to offer customer savings and also be able to finance their projects.

Geographic and/or siting restrictions can also kill a program. For example, we’ve seen proposals in places that would require the community solar project to be in the same census tract as the offtakers. Minnesota’s program is not quite as restrictive, but the within-county restriction is still a barrier to development. The reality of finding a site that’s suitable for solar and close to the power lines that is also close to the offtake community is already challenging. When too many siting restrictions are introduced, it drastically limits a developer’s ability to find a viable site and usually drives up costs. When costs are too high, the program becomes unattractive and doesn’t achieve its goal of bringing solar to more people.

S: What is the state of the shared solar market, and where do you see it going from here?

I: I’ve been really excited about the interest from legislators and regulators to expand solar beyond customers that are lucky enough to be able to put it on their own sites. We’re seeing dozens of states that are interested in expanding shared solar programs—whether these are called community solar programs, credit transferability options, virtual net metering, etc. However, at the same time, we’re seeing some headwinds in certain markets — ones that we would have expected to be supportive of community solar programs.

We’ve seen utilities and other groups that oppose solar being successful with arguments that community solar is somehow new and untried and that the programs should be in a pilot stage and kept small. Let’s be clear—it’s really not very different from on-site solar, except that solar credits can be shared with other customers that aren’t at the site. Connecticut is an example of where we have seen headwinds like these, despite the fact that the state is generally supportive of renewables and that there are robust, well-established community solar programs offered right across the border in New York and Massachusetts.

I’m also particularly excited that Borrego has been supporting legislation in California that would introduce a form of shared solar. The design isn’t typically what we think about when we think community solar, but it would allow large customers to share credits from solar that is developed on blighted and built-up areas across California. It’s far past time that the country’s #1 solar state enabled a robust program to share the benefits of local solar with those who currently can’t share in those benefits.