Over the past few years, commercial solar installations have expanded beyond urban areas and out into rural and agricultural communities where open land is abundant and landowners can lease their land to generate clean, pollution-free solar energy.

Many of these ground-mounted solar projects are being built as community solar farms (or shared solar projects) that keep the energy generated in the communities where the systems are installed. 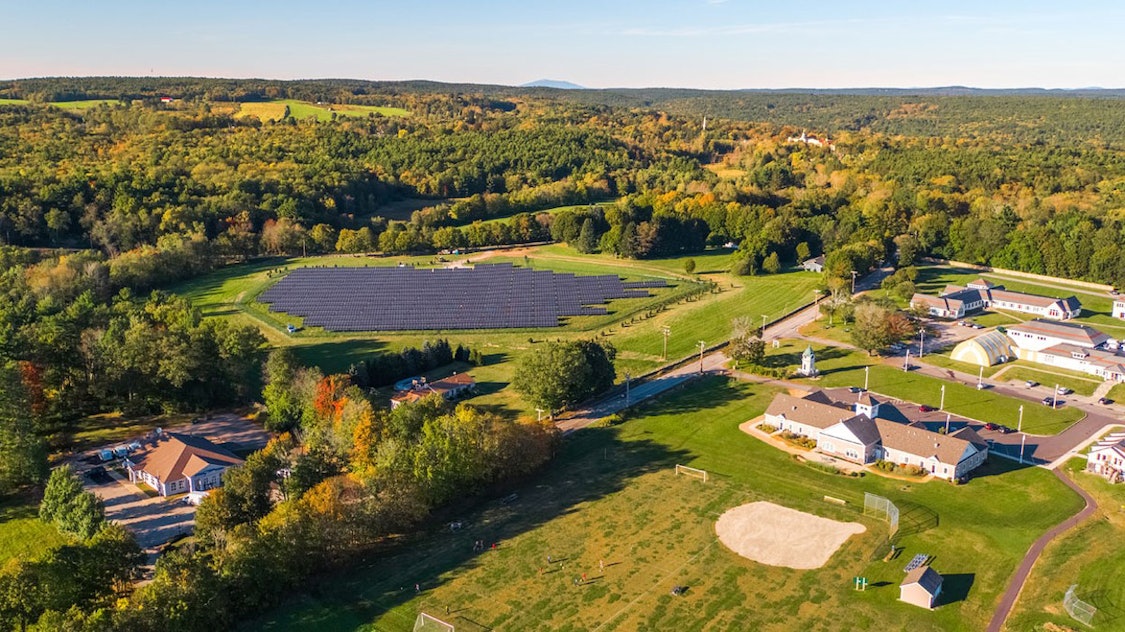 Even though community solar farms provide many environmental benefits such as reducing carbon dioxide emissions and pollution, it’s not uncommon for communities to have concerns about the environmental impact these projects will have. In practice, early in the development stages, the potential impact to the immediate environment is assessed and appropriate mitigation measures are planned.

Solar installers work closely with the local and, in some cases, federal Authorities Having Jurisdiction (AHJ) to assess a project’s impact and get proper permitting. The environment is considered at every stage – from kick-off to decommissioning – when building and operating a solar energy system. As we work through permitting and planning, we stay closely engaged with the landowners, attend local public meetings, and work within the community to address their concerns.

When we find a site that appears to be ideal for solar, the first step is to perform a comprehensive assessment from a topographic and geographic perspective. As part of our due diligence, we specifically look at soil, site conditions, flood plain location, presence of wetlands, and if there are any protected habitats on site. We review the Federal Endangered Species Act, may perform a bat study, and engage biologists or environmental scientists when needed. We also consider access to the site and sight lines for nearby roads and neighboring property owners. 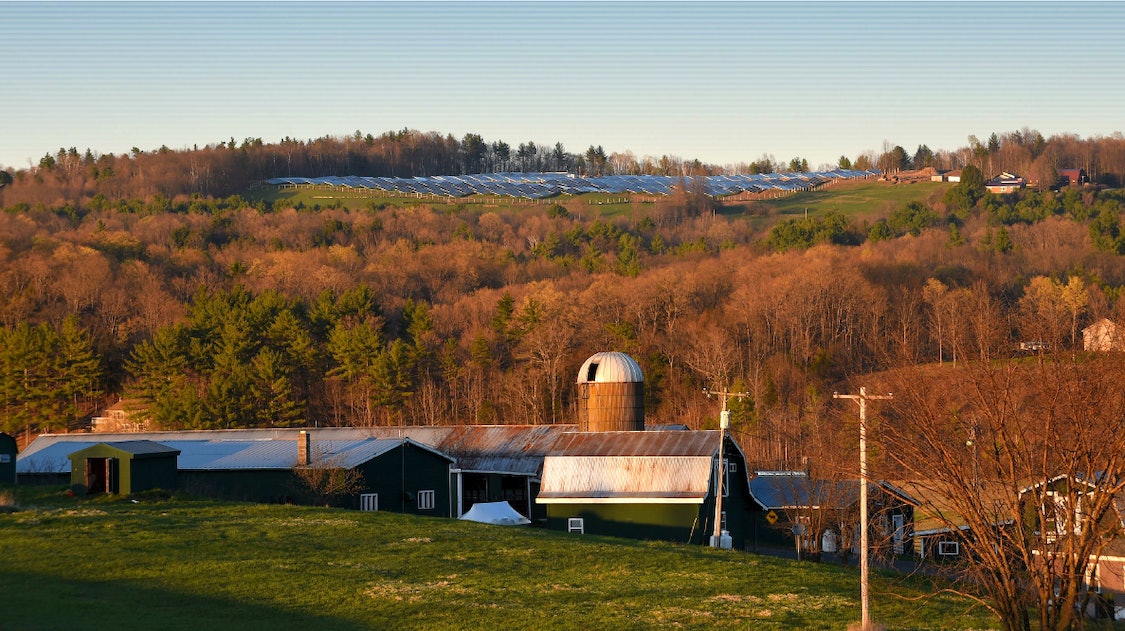 From the start, we work with landowners to select the best site for the solar array where it won’t disrupt any of their current uses of the land or impact access to areas of their land they do use. We also prompt them to think about future uses given these systems will be operating for 20-25 years, typically. In parallel with working with the landowner, we’re also determining which areas are most viable for solar depending on the environmental and topographical features. In short, landowner preferences and site viability go hand in hand.

After the initial site assessment and preliminary design stage comes permitting. At this point, there are various environmental reviews and discretionary permits that the local AHJ may require to move forward. In addition, we handle applications for town planning approvals and zoning permits, wetlands delineation, visual impact assessments, glare studies, archaeological studies, engineering reports for FEMA flood zones, findings from bat studies or other US Fish & Wildlife studies. We work within state mandates to consider environmental impact, including the State Environmental Quality Review (SEQR) in NY. We also obtain any necessary decommissioning bond agreements with the town or community.

We work with the natural contours of the land to minimize grading. We don’t pave over farmland to install solar projects. Vegetation is typically just trimmed back so as not to shade the panels and impact the solar power generation. If trees do have to be removed, we try to minimize it as much as possible and can replant trees. We can also plant trees and shrubs around the solar farm to act as visual buffers. 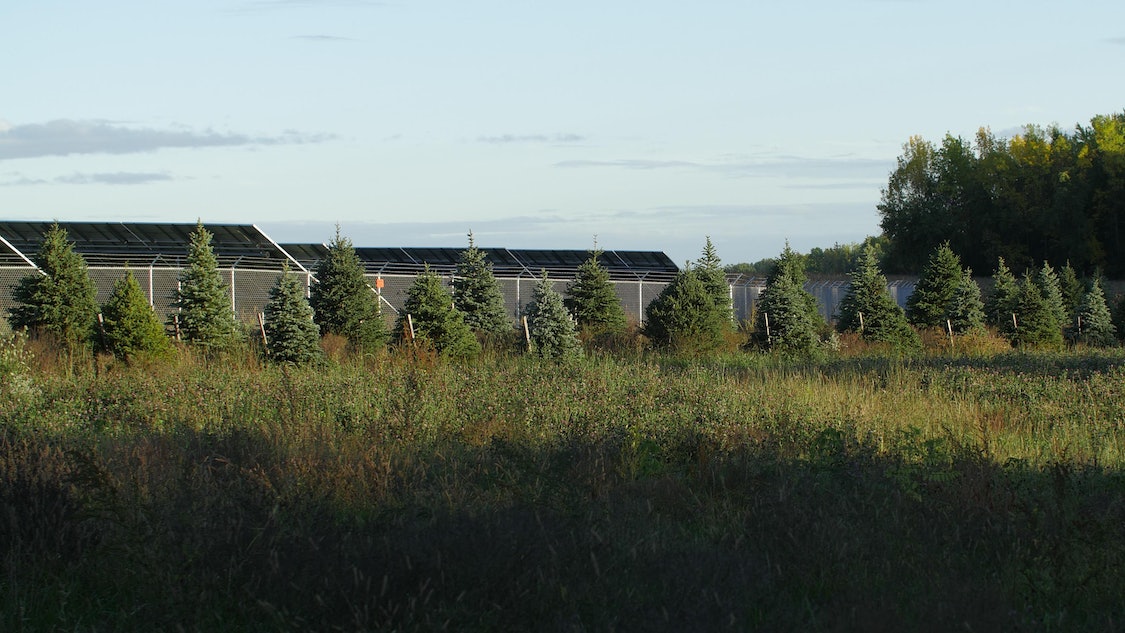 In agricultural areas, bees and butterflies play a big role in pollinating crops, but their populations are rapidly declining in North America. According to the Nature Conservancy, a single pollinator garden can increase certain crop yields in adjacent fields by up to 80%.

Some states have enacted policies to encourage placing pollinator habitats within solar farms, and many rural counties have proactively advocated for this innovative approach. In 2016, Minnesota passed legislation creating a “beneficial habitat claim” that encourages solar farm owners and developers to incorporate native grasses and wildflowers on their sites. At the largest solar farm in Minnesota, developers planted about 1,000 acres of pollinator habitat. At another location in Minnesota, the community overturned its initial concerns about the project when pollinator gardens were added to the plans. 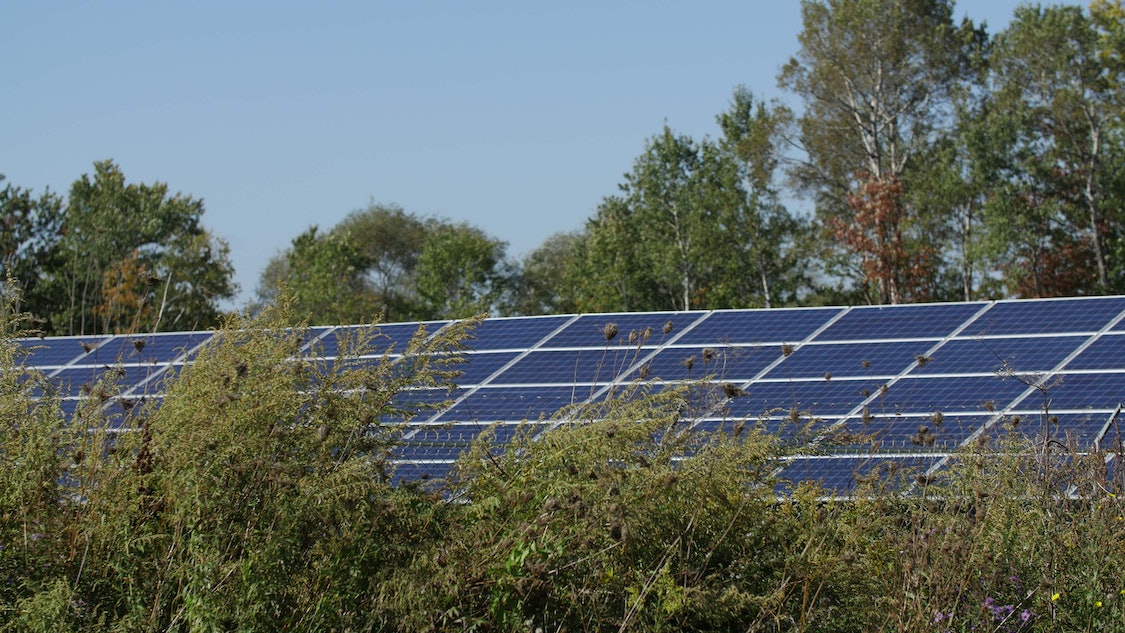 A big misconception about solar farms in rural areas is that agricultural land will be paved over, covered with gravel, or at the very least harmed by soil compaction or loss of topsoil. But landowners have many choices about the ground covers around their solar project that go beyond gravel or even single-strain turf grass. These include native plants, diverse ground covers, and pollinator-friendly flowers.

Native plants and flowers are a great alternative to common turf grass for improving soil quality. In terms of soil depth, turf grass typically has a root depth 3 to 6 inches, while native grasses commonly extend down 4 to 6 inches. This goes a long way toward improving soil quality and releasing nutrients back into the soil over the long term. Solar companies can work with the landowner to recommend appropriate native grasses for their landscape.

Planting diverse ground covers is another great alternative to gravel or common turf grass. Gravel and turf grass can create an impervious surface that can increase runoff, wash away topsoil, and create unwanted flooding or gullies. But diverse groundcovers and native grasses, with varying soil depths, will help stabilize the soil underneath solar panels. 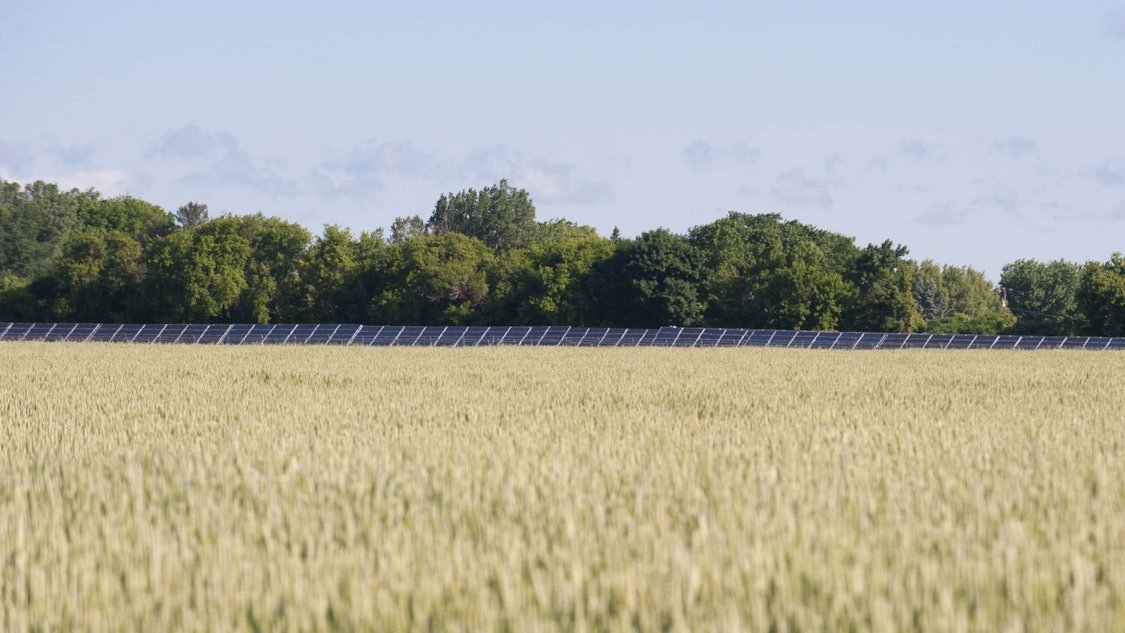 In addition to creating biologically-rich pollinator habitats through native plantings, researchers are looking at which crops can grow underneath and within the rows of solar panels. At University of Massachusetts Amherst, researchers have successfully grown chard, kale, broccoli, peppers, and beans under a series of elevated solar panels. In Wisconsin, farmers have successfully planted sunflowers for oil production within a solar farm. And in Germany, farmers are testing growing wheat under solar panels. As solar expands in the United States, co-locating solar with agriculture may become more common.

Depending on the terms of a lease and the 20-30 year expected average lifespan of PV solar panels, at some point the solar farm will be decommissioned and panels will be removed. As part of our turnkey service process, we create a thoughtful plan for maintenance and eventual decommissioning of the project. We work with the landowner to return the land to whatever state they want and disassemble the solar equipment. We share the insights we have gained through thousands of successful solar projects over the last 40 years.

Besides the silicon photovoltaic cells, solar panels are made primarily of glass, copper, and aluminum, so most parts of the solar panel can be recycled. There are solar PV recycling centers in Minnesota, Ohio, and Michigan. The Solar Energy Industries Association (SEIA) is collaborating with the Illinois Sustainable Technology Research Center at the Prairie Research Institute to build solar recycling resources in the state.