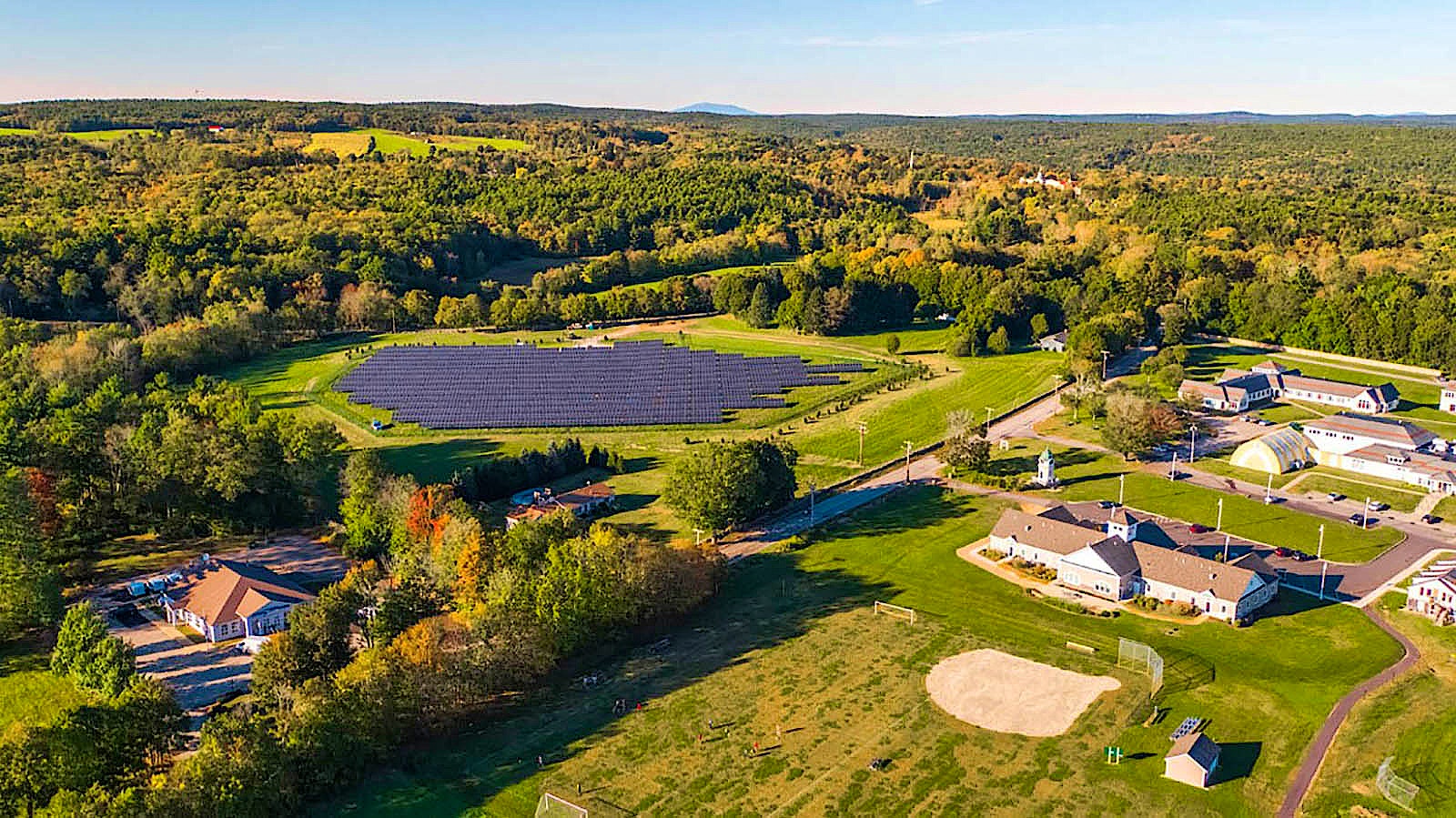 The 7 Acre, Ground-Mounted Solar Project is Generating 1.3 MW of Clean Energy for the Local Community

The ground-mounted solar project is comprised of more than 3,500 solar panels on a 7-acre parcel. The landowner leased the land for the solar farm, which will provide long-term income while also generating pollution-free, locally produced electricity for National Grid.

The solar system is expected to generate 1.8 million kilowatt hours of energy annually – roughly the amount of energy needed to power 147 average sized homes in a year. It is expected to offset approximately 1,364 metric tons of harmful greenhouse gas emissions annually. This is the amount of carbon sequestered by 1,607 acres of forest annually, or the same amount as removing 292 cars from the road in a year.