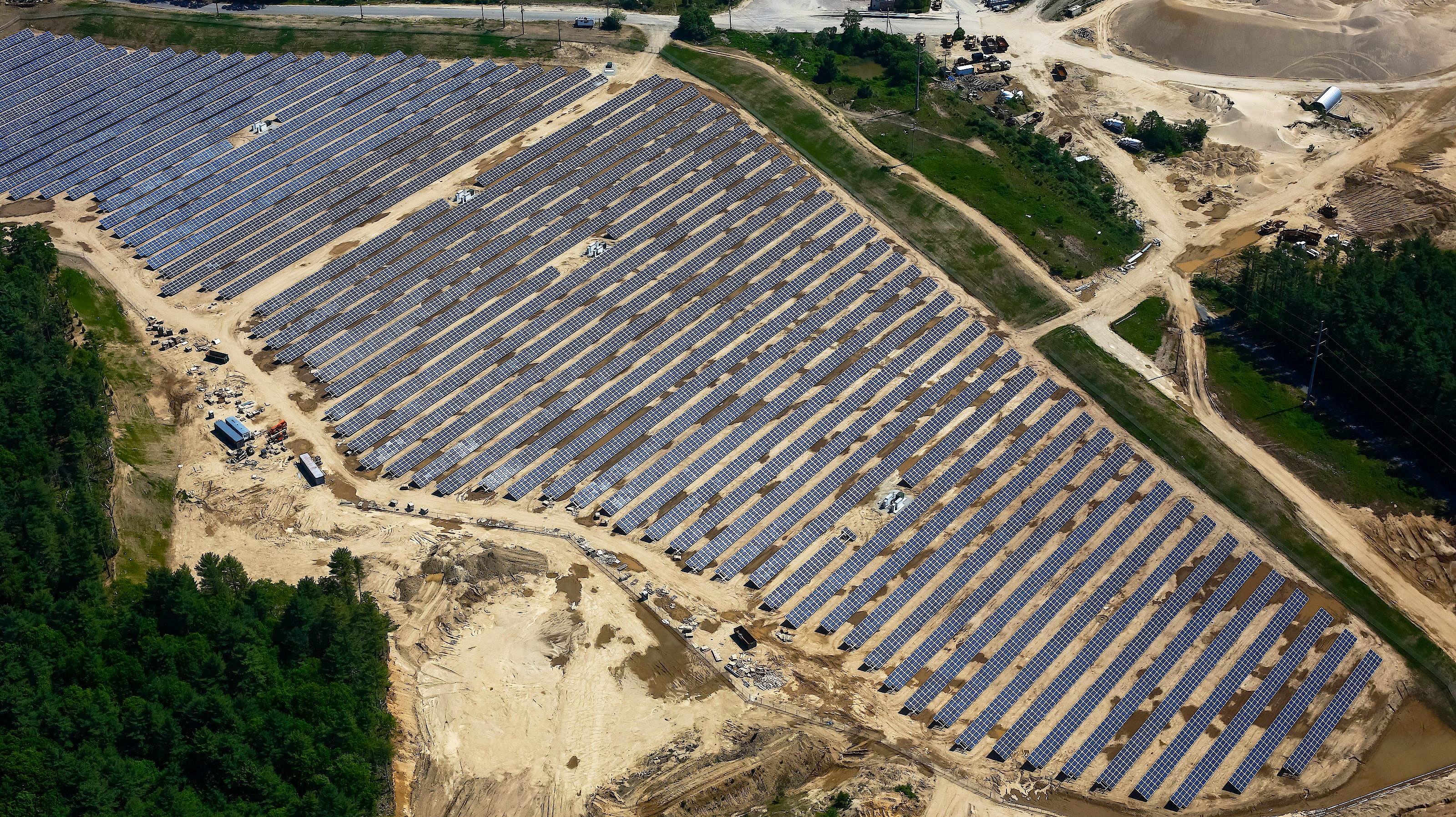 Plymouth Public Schools (PPS) serves over 8,000 PK-12 enrolled students in Plymouth, Massachusetts. It operates 13 school facilities and has over 1,350 employees, making it one of the largest school districts in the state. Solar fits into PPS’ overall energy strategy to derive 80% of their electricity from solar sources. Renewable energy development is the third component of their energy program, which started with a detailed conservation effort that involved the entire staff, which was followed by efficiency upgrades–both large capital projects and smaller utility sponsored upgrades. The District is committed to sustainability: it has an ongoing recycling program and its newest high school was constructed to qualify for USGBC LEED Certification.

Originally, the plan was to install 8-10 smaller solar arrays on campuses across the district, but a combination of older rooftop structures and Massachusetts snow loads drove PPS and Borrego Solar to develop an alternative plan. Borrego Solar built two expansive ground-mounted solar arrays on nearby private property. Thanks to innovative net metering in the state, PPS is able to virtually apply the solar energy produced offsite to their own utility meters. The larger array, installed in Plympton, MA, is comprised of 23,670 solar panels on land leased from Plympton Sand & Gravel. The arrays cover more than 23 acres of land—an area roughly the size of 18 professional football fields.

Thanks to net metering in MA, large solar power installations can have separate entities as the host (land owner), energy off-taker (end-user), and system owner (investor). In this case, the host generates revenue by leasing the land used to house the project. As the off-taker, PPS agrees to purchase the solar power produced at a pre-determined rate that is $.06/kWh less than what they are paying NSTAR, from the owner. With a power purchase agreement (PPA), PPS will save around $400K on energy annually ($8.5 million in all) and without incurring the upfront costs estimated at around $11 million. System owners cover all construction, materials, and maintenance costs, and recoup their investment through the sale of electricity to PPS over 20-years.