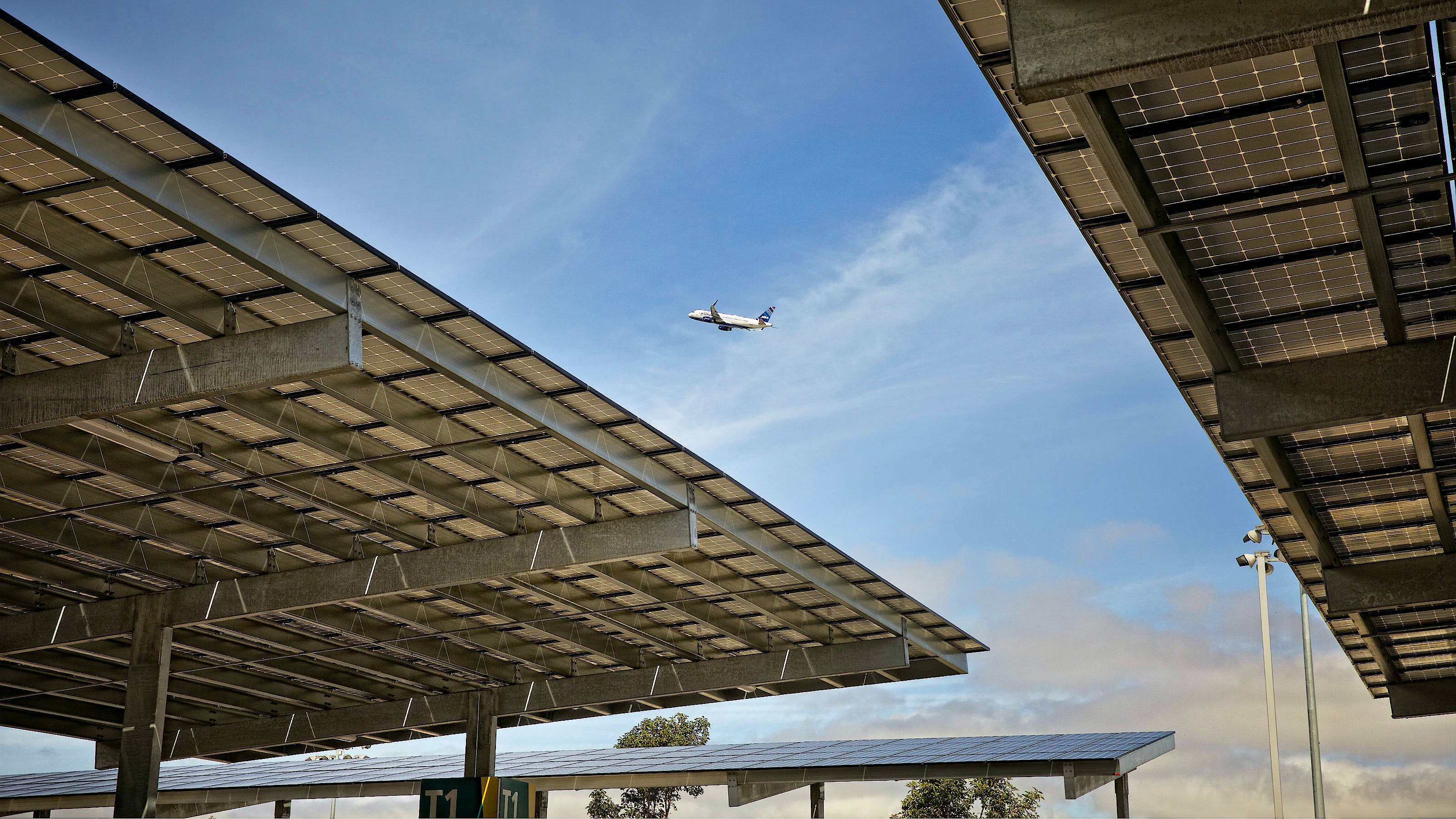 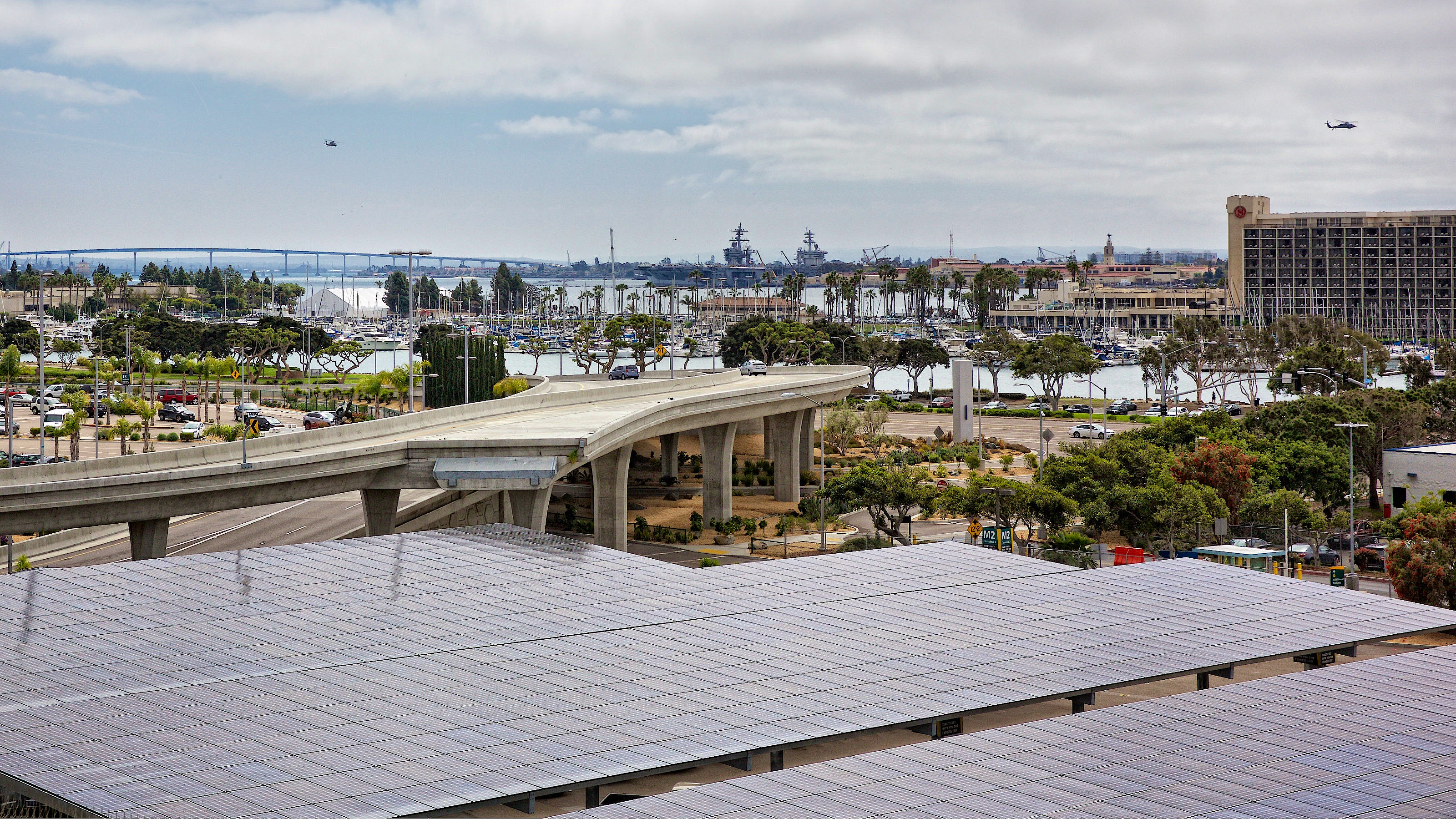 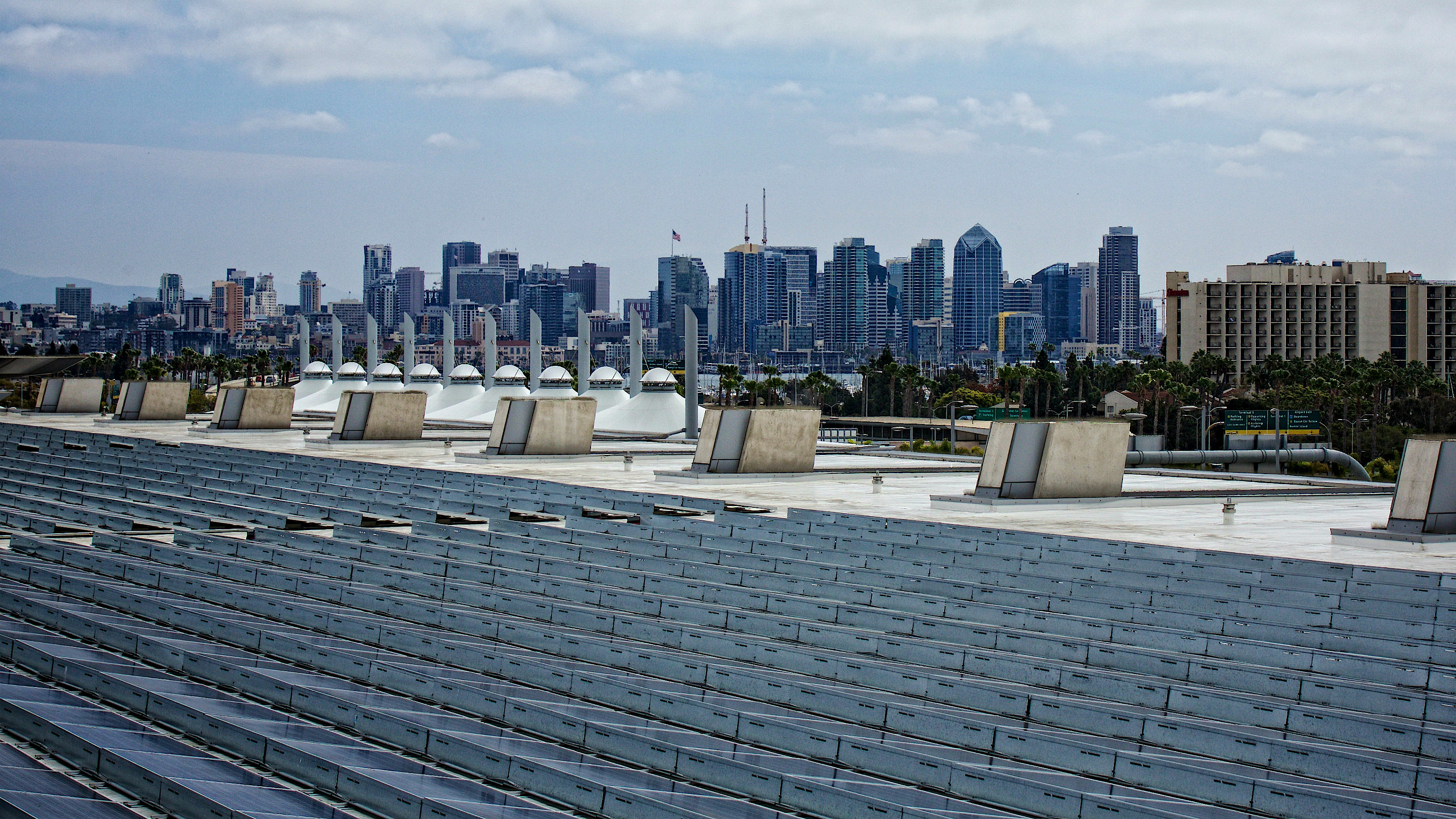 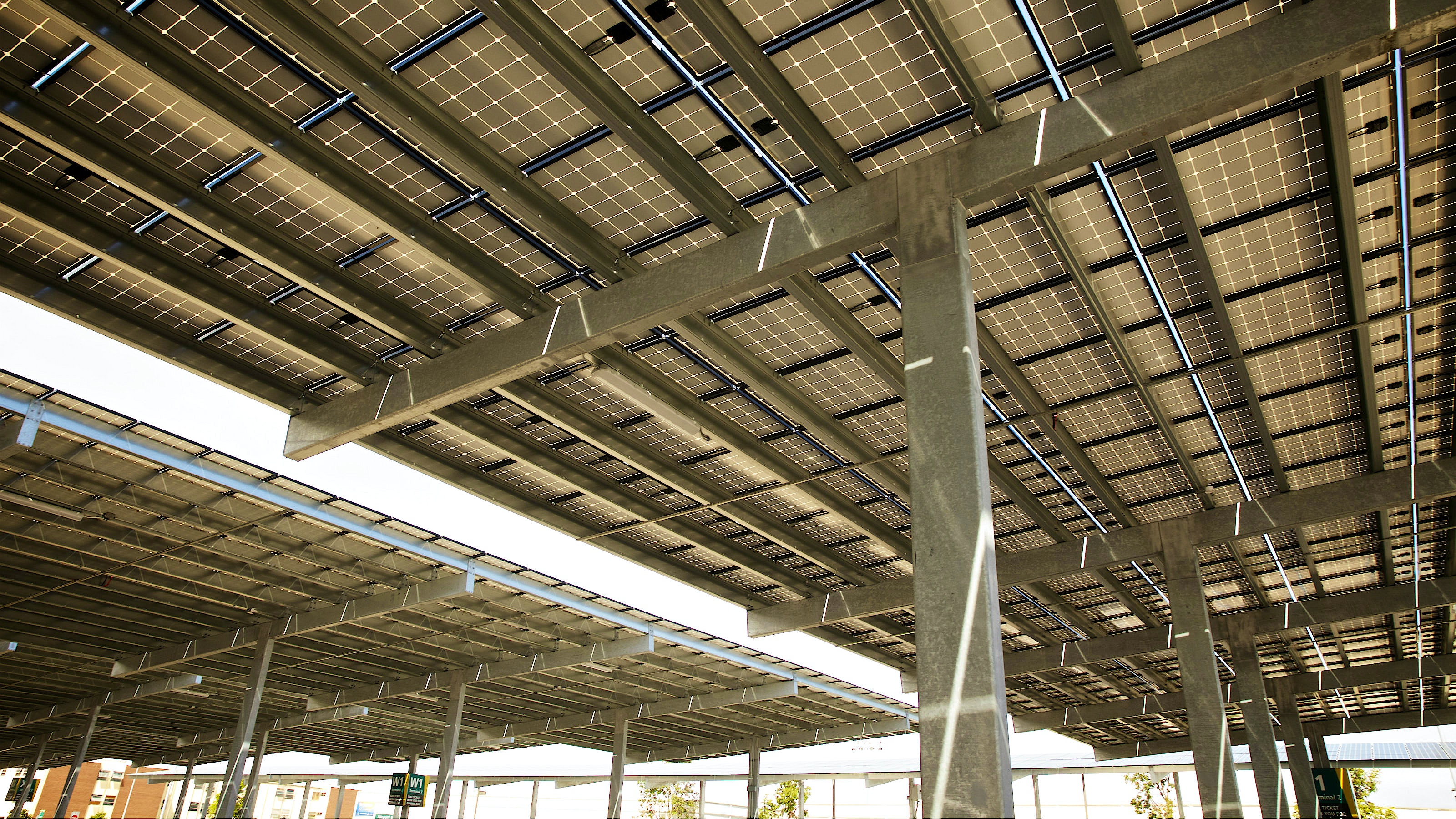 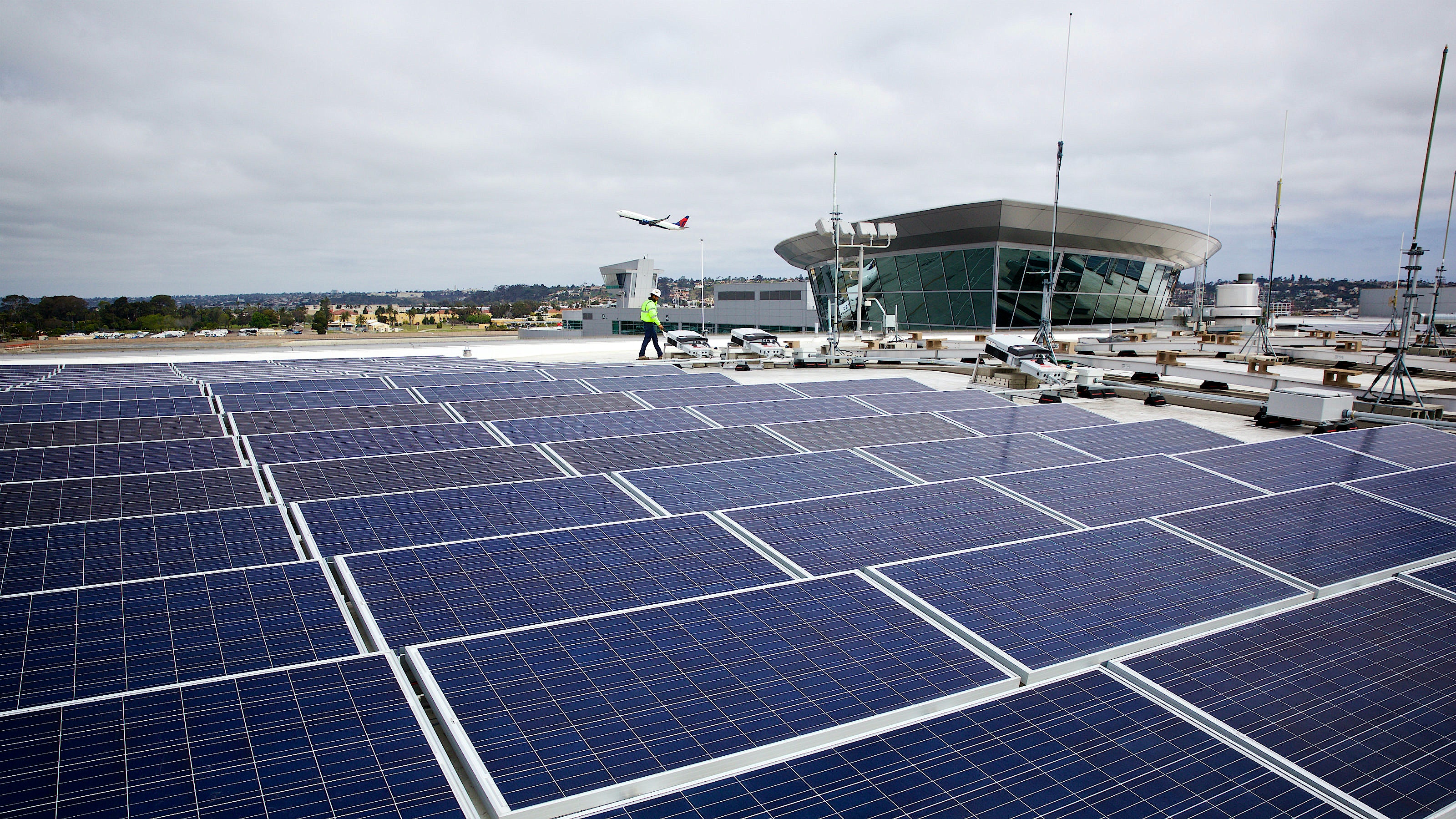 Installation will offset a significant amount of the airport's energy needs

San Diego International Airport is expected to save millions in energy costs over the course of the 20-year power purchase agreement with NRG, the owner of the system, which enabled the Airport Authority to go solar with no upfront cost.

In 2008, SDIA was the first major airport in the nation to adopt a formal sustainability policy, which includes a commitment to reducing greenhouse gas emissions and achieving LEED certification in all new construction. In February of 2014, SDIA was the first U.S. airport to sign the Climate Declaration, a call to action organized by the nonprofit Ceres that urges federal and state policymakers to seize the economic opportunity of addressing climate change. In 2012, it was the first U.S. airport to publish an annual sustainability report based on Global Reporting Initiative guidelines, a reporting framework for sustainability-related performance.