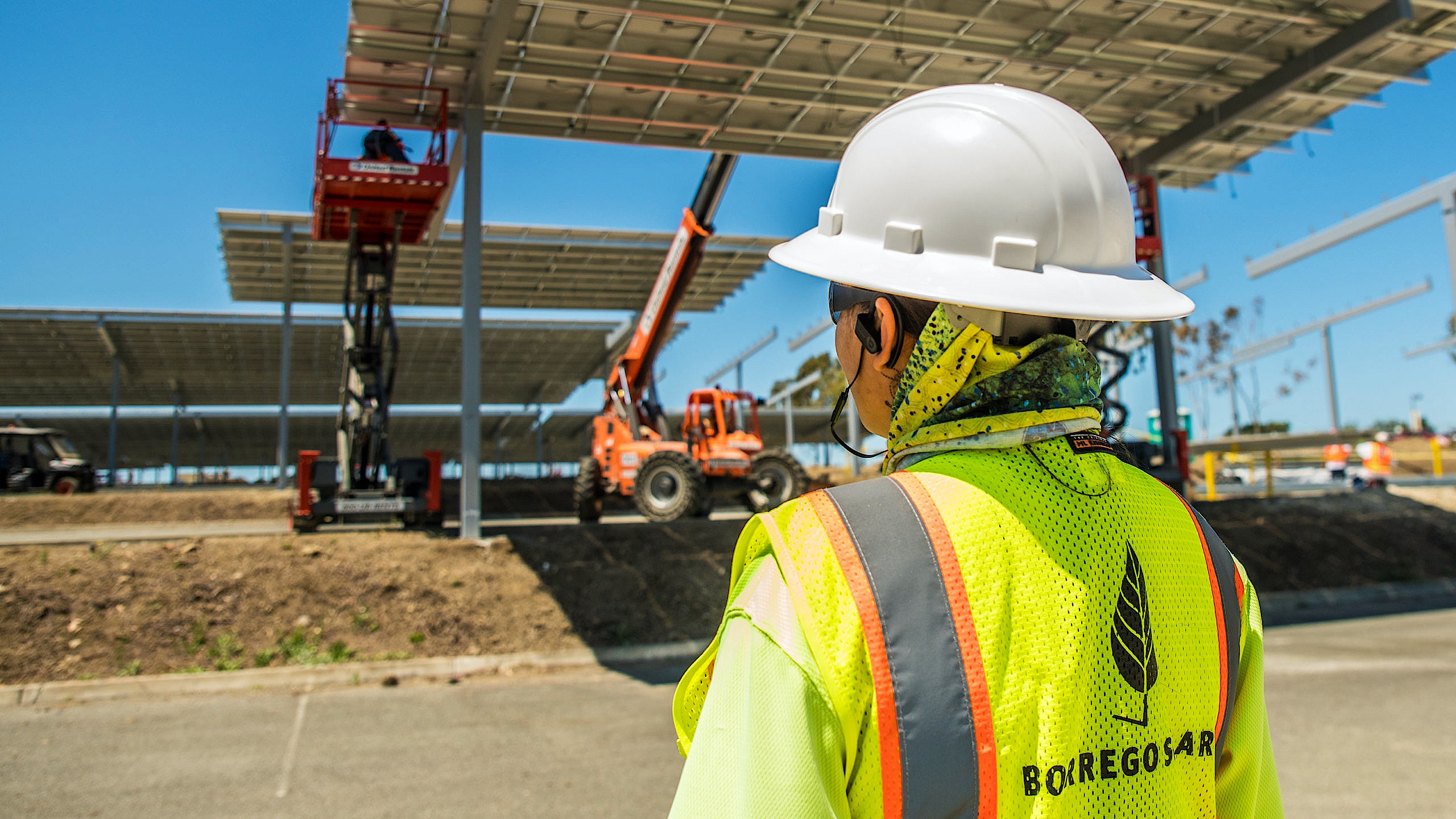 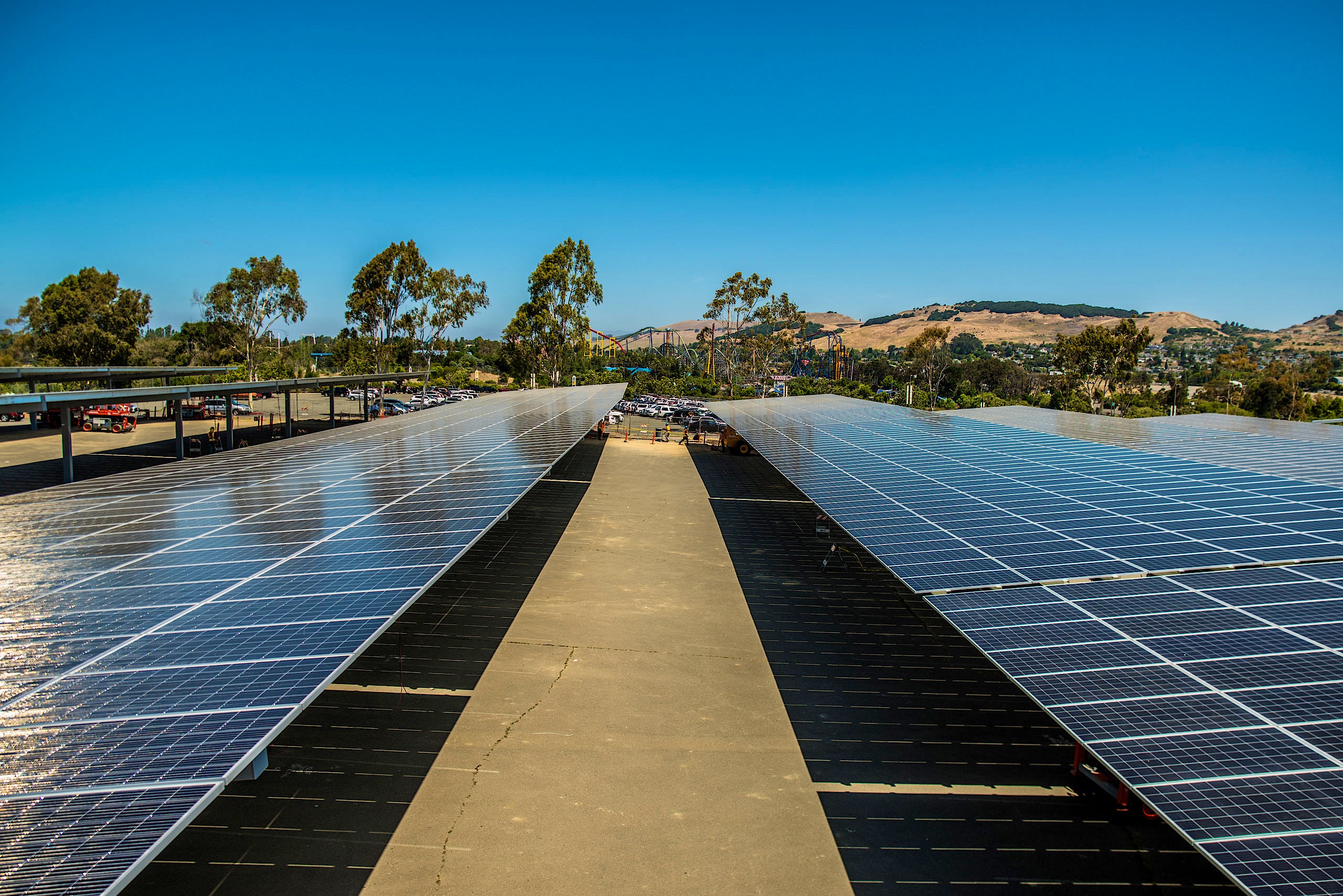 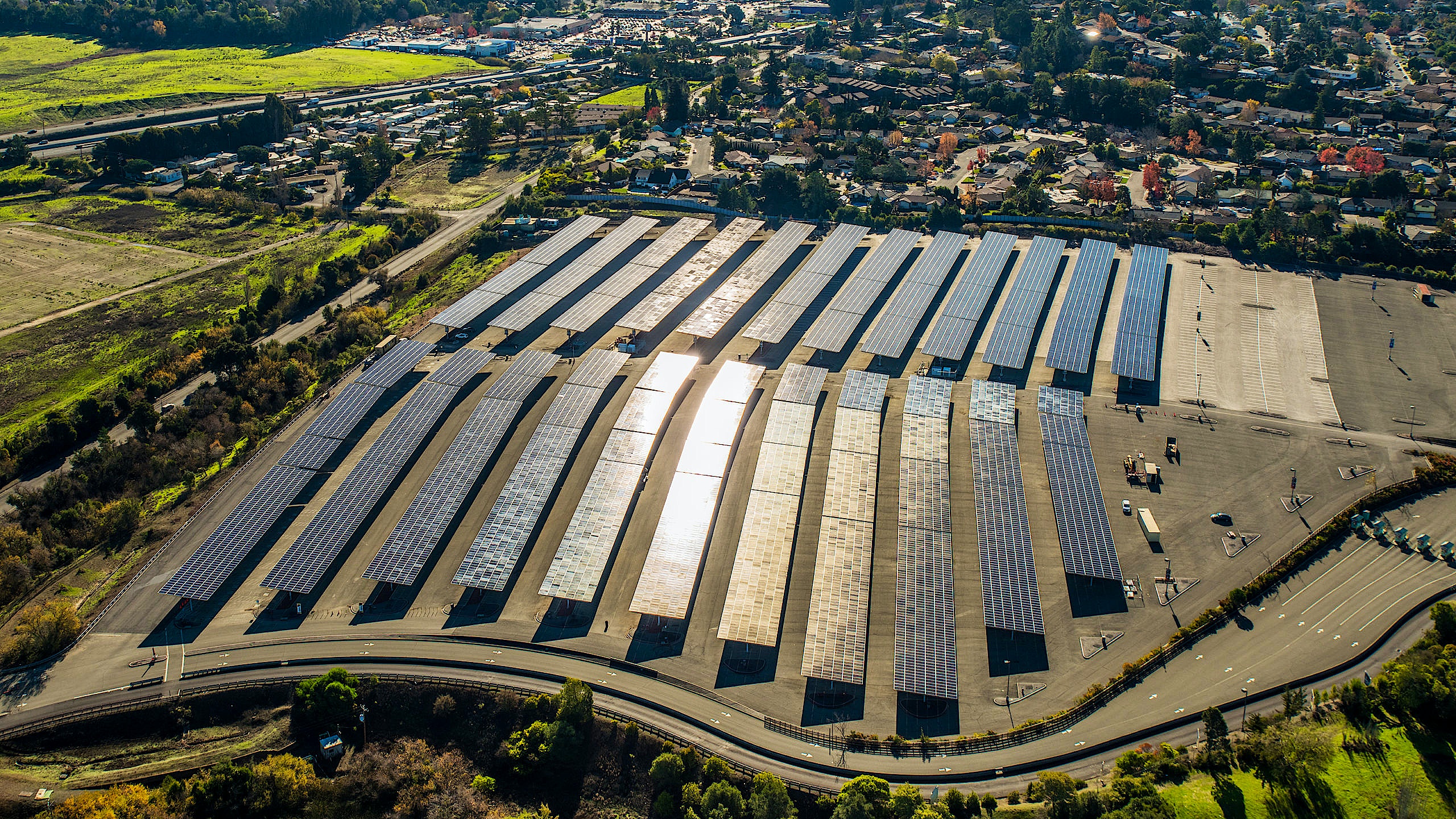 Borrego Solar recently completed construction on a 7.5MW carport solar project on Six Flags Discovery Kingdom’s main parking lot. The installation is the first solar project for a theme park in the west and one of the largest carport installations in the country.

Six Flags Discovery Kingdom, the Thrill Capital of Northern California, in partnership with sPower and Borrego Solar Systems, made the official switch to solar power at a special event to kick off the park’s 12th annual Holiday in the Park, the first to be powered by renewable energy. The event included remarks by Congressman Mike Thompson and Vallejo Mayor Bob Sampayan, who flipped the giant, ceremonial switch, officially flipping the park to solar energy, and turning on millions of twinkling lights to the delight of everyone in attendance.

Moving forward, 80% of the parks energy usage will be powered by one of the largest solar carport installations in the country. It will produce 11.9 million kilowatt hours of energy annually, offsetting 8,400 tons of carbon dioxide each year. This is the equivalent of taking 1,800 cars off the road.

Over 360 individuals were employed in association with the construction of the project.