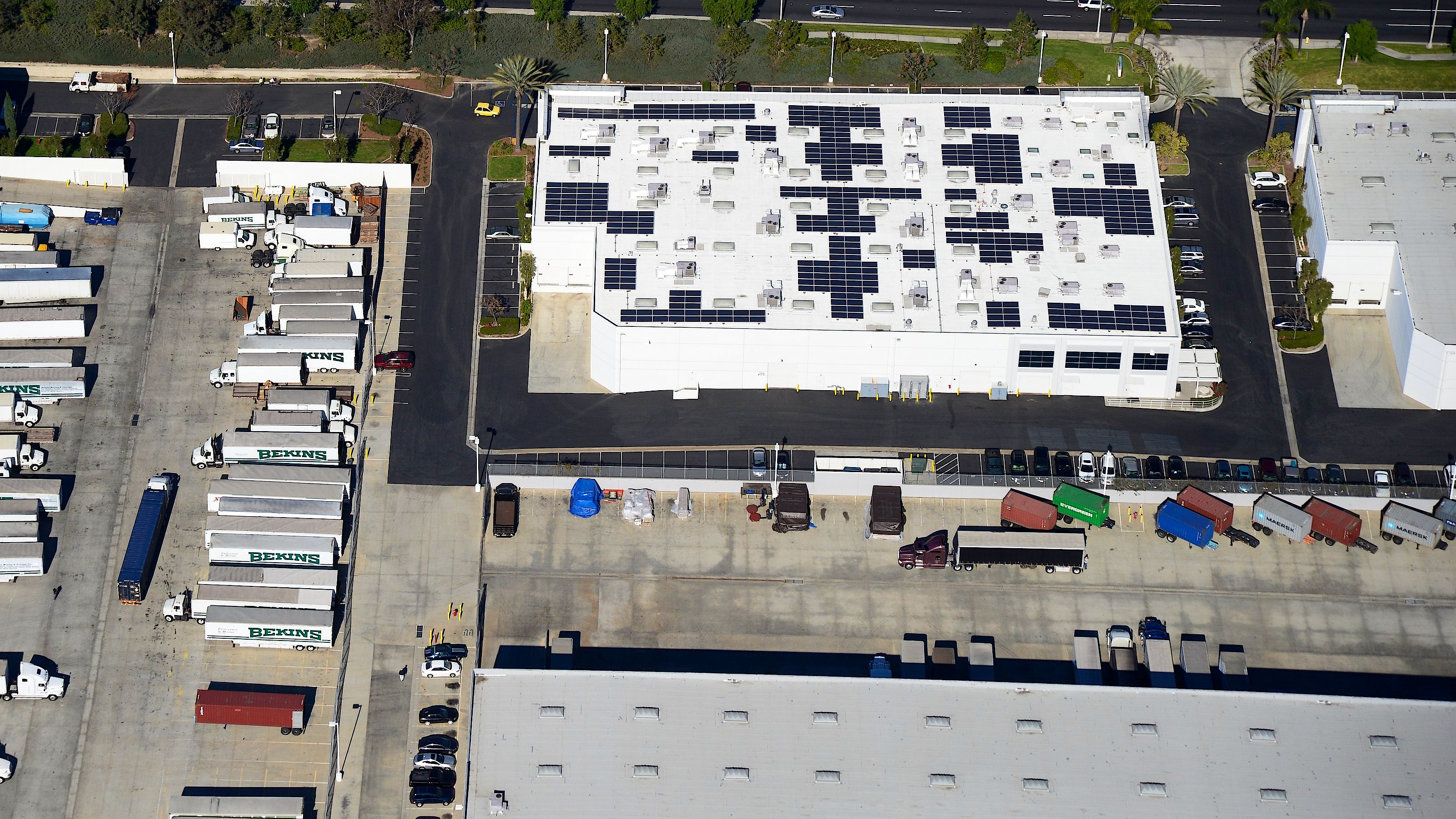 Outside of Los Angeles, California, the commercial property owners of these warehouse and distribution centers are tapping into a new source of revenue from the sun. As landlords, they’re able to lease the space within their buildings to tenants, and through a partnership with solar developers who work in wholesales distributed generation (WDG), they’re able to lease their rooftops as well. With no upfront cost to the property owners, a solar developer like Borrego Solar will design and construct a solar power installation on a roof or unused plot of land so they can sell electricity directly to the local utility. In return, the solar developer pays the property owners for the square footage used.

These two rooftop mounted solar power installations were constructed on the composite flat roofs of two separate warehouse and distribution centers in an industrial park in Santa Fe Springs. One installation is just over 1.3 MW DC and the other is just over 1.4 MW DC. Both arrays were completed with Yingli 235 watt modules mounted with Sunlink racking and wired to six Advanced Energy Solaron inverters. Borrego Solar’s construction team created a unique wheeled cart in order to efficiently bring the solar modules from one side of the rooftop where the panels were craned to the other eliminating weeks of installation time. Physical construction for both projects was completed in three months.

This solar power installation was privately financed by the commercial property owners. By partnering with Borrego Solar who designed, procured, and later constructed the projects, they were first submitted for award in the initial round of Southern California Edison’s (SCE’s) Solar PV Program. The SCE program is a reverse auction mechanism for wholesale distributed generation (commonly referred to as “behind the meter”) projects that will produce electricity on privately held land or property for direct sale to the local utility. These two solar arrays are the first installations to be interconnected as part of the Southern California Edison’s Solar PV Program. This is essentially a PPA with the utility. SCE gets to purchase the power the installations produce at a predetermined rate for a set period of time and they don’t have to cover the upfront EPC costs.