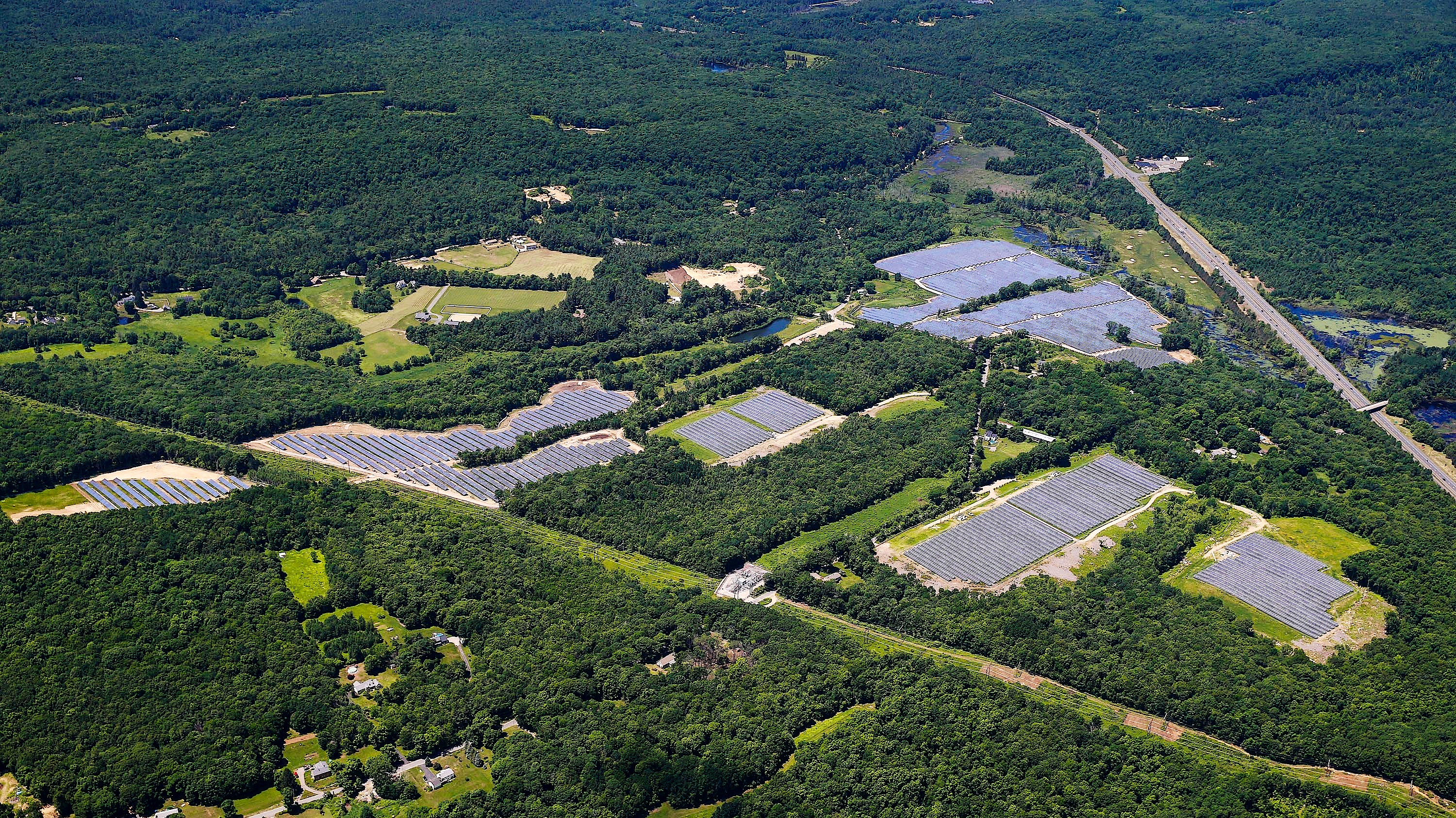 The 17 MW DC Warren Solar project for the University of Massachusetts is the second largest solar facility in Massachusetts.

The 17 MW DC Warren Solar project, spread across three sites, is the second largest solar facility in Massachusetts. While First Wind developed and financed the project, Borrego Solar led the design and installation of the ground-mounted solar energy systems. The project is First Wind’s (an independent renewable energy company purchased by SunEdison) first renewable energy project in its home state and its first solar development.

The project is comprised of more than 57,000 72-cell, 300-watt solar panels. This energy powers the University of Massachusetts and contributes to the state’s goal of installing 1,600 MW by 2020. The projects will collectively produce more than 20,000 MWh per year.

Power produced across several ground-mounted sites is reducing the operating costs for the University of Mass Lowell and Medical Center campuses with some additional energy credits being applied to meters in the Town of Orange.Total annual savings are $1 million. In addition to the conservation of land within the host communities, this project increases the annual tax revenue for Warren and Millbury through yearly tax payments in the amount of $130,000 and $50,000, respectively, for the term of the land lease.